Don't Be Afraid To Say No

*Or at least, voice your concern! 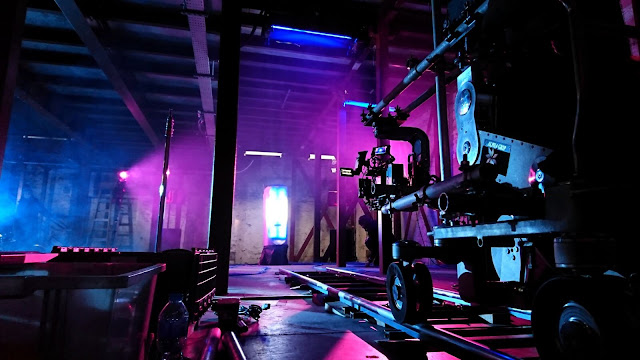 In this industry, especially when you’re just starting out, there’s an immense pressure to say yes to anything and everything that’s asked of you. In most situations the production and your fellow crew members will have your back, but unfortunately from time to time you will come across jobs that try to take advantage of your naivety, your dedication to the job or your eagerness to please. And in those circumstances it’s ok to voice your concern.

I’ve done many things which, now looking back with experience, I realise I should never have been asked to do. I’ve spoken to other Runners and Trainees who have felt the same, so I know I'm not the only one. It can be hard to tell the difference between a reasonable request and a request that crosses the line, so I’ve listed a few situations where I believe you have the right to say no or find an alternative solution.

Unpaid work.
Never ever accept an offer of unpaid work. It will not benefit you in any way and you’ll be wasting time you could’ve used to search for or take on paid work. The companies who offer unpaid work are taking advantage of you and its highly unlikely you’ll learn anything useful while you’re there. After all, what contacts will you make other than those who are willing to let you work for free? On top of that, typically these companies are unheard of or have a reputation of taking advantage of people, so you won’t gain any credit by association. If you are offered unpaid work, or apply for a job that turns out to be unpaid, you should report this to Mark Watson.

Using your own money to foot the bill.
Avoid spending your own money on behalf of the production at all costs (ha)! I worked with a fairly new a Runner and unbeknown to everyone else, the lead actor was sending her out to buy fancy coffees for him, sometimes 3 times a day. The Runner didn’t know about petty cash, and didn’t want to say no to the actor, so she kept buying him coffees with her own money. She eventually came to the production office with a bunch of receipts, seeking reimbursement for almost £200. So not only was the Runner out of pocket during that time, but now production had to cover the unexpected cost. If she had questioned this at the beginning, we could have either given her petty cash or advised her not to submit to so many coffee requests.

Working overly long hours.
Shoot days are long enough and sometimes Runners and other members of the crew will be asked to start early or stay late, which is fairly standard practice. However, you should keep an eye on your hours and make sure you’re not being overworked or pushed to breaking point. This is not good for your well-being, health or happiness. It also negatively impacts the production, as it’s best for everyone if all crew members are full of energy and in good spirits. There is also the 11 hour turnaround rule to consider, where crew must have an 11 hour rest period between shifts. So feel free to question your call time if it is less than 11 hours after your finish time the previous day. BECTU are taking this issue very seriously and have recently published a report called ‘Eyes Half Shut’, which you can find on their website.

Working overtime without additional pay (DRAMA).
On scripted dramas, all members of the crew are entitled to an overtime payment when the camera continues rolling past wrap time. The production may ask for a 15 minute grace period, at which point the Producer or Line Producer will make the decision to wrap or continue shooting and pay the crew overtime. Overtime is paid at a flat fee of £35 per hour, although some crew members may be entitled to more. Your right to overtime should be stated in your contract and is only due when the camera is still rolling. You can read more about this here - BECTU Drama Agreement.

Runner overtime on Commercials is currently being discussed by BECTU and APA, but at the moment any overtime payments paid to a Runner are at the employer's discretion and choice. BECTU recommend the overtime rate for Grade 1 crew (people earning £350 or less) to be 1.5 X the hourly rate.

Factual, entertainment and other genres of TV productions do not provide overtime payments to the Runners or any other crew members. However, you should check that your hours over a week meet the legal minimum wage requirement for your age.

Driving for too many hours.
If you’re required to drive as part of your job role (E.G Rushes Runner or Runner Driver), keep an eye on the amount of hours you spend driving for work each day. As the Gov.uk website states ‘in any working day, the maximum amount of driving is 10 hours. After 5.5 hours of driving a break of at least 30 minutes must be taken in which the driver is able to obtain rest and refreshment.’ Now you might think that a production or crew member might not be so unaware or uncaring to ask a Runner to break these rules, but it does happen. I’ve witnessed a member of crew ask the Production Runner to drive from Bristol to a small town north of Newcastle Upon Tyne and back again (approx. 6 hours each way), to collect a prop that was needed ASAP. The Production Coordinator on this shoot intercepted and declined this request. The prop arrived the next day, safe and sound, by courier.

Driving unsuitable vehicles.
You’ll see lots of job posts for Runners where it’s specified that you must be 23 years old or over. This is usually due to insurance on vehicles and its extremely important that if you are driving a production vehicle that you’re appropriately insured. If you’re interviewing for a job, be honest about your age and any driving restrictions. If you don’t, they’ll find out anyway and you’ll look untrustworthy and foolish. If you’re already on a job and are asked to drive a hire vehicle, take a minute to check with production about the insurance requirements. They’ll appreciate your conscientiousness, which could prevent accidentally invalidating the insurance. A very expensive mistake in the event of an accident!

Doing anything that puts your safety, or anyone else’s, at risk.
This blog post was inspired by the current weather conditions in the UK, where we’re facing the worst snow in living memory. I know people who have been asked to drive half way across the country to pick up talent, despite there being a severe red weather warning and notice from the police to avoid driving on the roads unless absolutely necessary. They did it – the show must go on – but the long drive in treacherous conditions put both the driver and the talent at risk. Thankfully they arrived safely and the upcoming shoot days have now been rescheduled. It sounds extreme, but there have been unfortunate circumstances of crew members being seriously injured or even killed on set due to a health and safety oversight. Be vigilant and be careful.

If you’re ever asked to something that you’re unsure about, more often than not there will be a simple alternative option and so saying no (or rather politely voicing your concern) isn’t the end of the world. Productions want their crews to be safe and well looked after, but the reality is Runners and Trainees are often overlooked. Be aware of your own safety and feel free to ask questions. It’s always better to gently raise your concern than to ignore your gut feeling and find yourself out of pocket, uninsured or in an unsafe situation.

More in this series:
Understanding The Callsheet
What it's Like Being a Production Coordinator on Commercials
Film and TV Interview Tips
Runner CVs and Cover Letters

* This blog was updated 03/03/18 to amend and clarify the information regarding overtime.