What It's Like Being a Production Coordinator on Commercials

These ads were a lot of fun to work on so I thought I’d discuss some of the things I was involved in, to give you an idea of how the role of Production Coordinator works in commercial world. 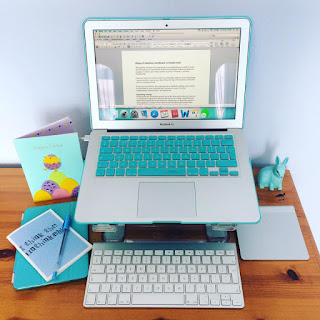 Production Coordinators are responsible for a multitude of things and it would be impossible to write a definitive list, but here are some of the key tasks I was responsible for on these 2 ads specifically.

Organising castings.
Working with the information given to me by the client and producers, I sent out a casting brief to agencies to send forward options for casting. I shortlisted the talent and presented this to the producers, who further cut down the shortlist. I then organised a casting session where we met the talent and recorded their auditions. The Client, Producers and Director made their preferred choice and the talent was confirmed.

Child licensing.
The online ad I worked on featured a 5 year old girl and when a child or teenager features in appears in a production, a child performing license must be obtained. Working with the girl’s parents and her agent I prepared the license, adding all the necessary information including a description of the production and the child’s role in it. This was then sent to the council for approval, the appropriate license was obtained and the girl was able to work with us.

Location recces.
We got in touch with our friends at Good Spaces to help us find the perfect location. After sending them a brief with details of what we’re looking for, several locations were put forward and we went on recces to check them out. During the location recces we were evaluating not only how the location looked but also the logistics, such as how accessible it would be for production vehicles, does the space allow (in both size and layout) enough room to get the camera angles we require, does it suit the style of the commercial, etc. After the recces, we discussed the different options and confirmed a location that the Client, Producers and Director were all happy with.

Travel and accommodation.
This always comes under the responsibility of production and is a common task regardless of the type of production (feature film, TV drama, TV factual, etc). I researched accommodation options, taking into consideration the location, facilities and costs. I booked train tickets, taxis and reimbursed any mileage that was agreed by the producers. I sent travel movement orders to the cast and crew I’d made arrangements for, so they had all their details in one clear, easy to read document. I kept a record of all costs and receipts, the information of which was tallied into a spreadsheet.

Hiring shooting crew.
The producers sourced the HODs (Director, DOP, etc) and I sourced the shooting crew such as makeup artist, art standby and runners. Sometimes I’d get in touch with crewmembers who I’d worked with before to see if they’d be interested and available. Other times I’d put a job post on Facebook groups such as Bristol TV / Film Crew, People Who Workin TV Who Know People Who Work in TV and People Looking For TV Work: Runners. Once I had selected the crew I thought were most suitable for the job, I presented this to the producers and after checking they were happy with my choices, confirmed the crew.

Organising catering.
Catering comes in all shapes and sizes depending on the scale of the production and number of people working on it. Larger productions (or productions based in the middle of nowhere!) may require a mobile catering company that is accustomed to film productions and outdoor events. Other times, and like I have recently, you can organise catering from local businesses. For these ads, I pre-ordered breakfast from a local bakery and we had lunch in a restaurant which was handily right next to our location. The staff were incredibly helpful and able to work with our film schedule, plus it was great food and a nice opportunity to keep things local!

Writing and distributing the callsheet.
In drama, the Production Coordinator will never write the callsheet (that’s the 2nd AD’s job) but in factual and commercial this is not usually the case. I wrote the callsheet for both ads, ensuring that all relevant information was included such as…
- Production company details and production title.
- Location name, address, parking information and map of the area.
- Crew call time.
- Cast call / make up / on set times.
- Outline of shots/scenes to shoot.
- Health and safety information.
I emailed the callsheet to all cast and crew and ensured hard copies were available on set.

As I have previously mentioned, this is not a definite list and there are a million other things that go on in the production department, so many in fact that half the time you don’t even notice you’re doing them! But I hope this information is useful for anyone out there interested in working in commercials, becoming a Production Coordinator, or who just wants to know more about film shoots.

I'm always happy to receive feedback or try to answer any questions you may have, so please feel free to get in touch.
Email Post
Labels: Advice Commercials Film Filmmaking Jobs Producing Runners TV Work