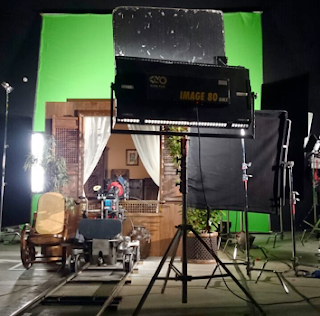 On my own blog and on others, I've talked a lot about CVs, cover letters and how to apply for jobs. I've gone on about it so much that I'm going to assume you have taken my advice and have it all down to a T!

So you've applied for a job with your brilliant CV and concise cover email, but now what? Well, fingers crossed, you get a phone call inviting you to come in for a chat. And don't be put off by the term chat, its just crew-talk for interview and should be taken just as seriously.


Here are some tips to help you nail your Film / TV industry interview.

Research the company. This is so bloody important I can't stress it enough. This is something you should do regardless of the industry but even more so in ours as we’re ruthless! A manager in fashion retail might not take too much offence if you don't know what's in their current collection, but a Production Manager will not be impressed if you can't name one show the company has made in the past.

Think about the questions you're likely to be asked and consider your potential answer ahead of time. You don’t have to plan a word for word answer, but having a basic idea of what you might say will help avoid on any awkward silences while you try and think of an answer.
*There will be more on this next week!

Don't dress too formally. Even though you should treat a chat or interview for a film or TV job with the same professionalism as you would in any other industry, you do not, and should not, turn up in a suit and tie. Don't get me wrong; you should wear something smart, but make it smart casual. Crew tend to dress very casually, so if you rock up in a 3-piece you're going to stick out like a Runner who doesn’t know how to use a cafetiere.

If you’re not early, you’re late. I say this a lot in my blogs because it’s so important. You should arrive 10 minutes before your interview is scheduled, as this shows you are punctual and gives you a few minutes to collect yourself before the interview starts.

Following on from this, you should allow plenty of time to travel to the interview. If you’re not 100% sure where it is, if the route to get there is quite complicated or if you’re travelling during rush hour, leave plenty of time. If none of those things apply and you know exactly where you’re going, still leave plenty of time. You don’t want to risk being late and getting worked up before the interview. Worst comes to worst, if you’re really early you can just go and have a coffee in a nearby café.

Be prepared to talk about your favourite films or TV programs and what's broadcasting at the moment. As much as we love working in film and TV, we also love talking about it. This is especially true when meeting potential employees because we’re interested in what kind of shows you watch and why you like them.

Feel free to tell your employer about the jobs they've worked on that you enjoyed (which you would’ve learnt from you pre-interview prep) but don't go over the top with flattery. While film and TV professionals like hearing that people enjoyed the productions they were part of, nobody likes a suck up.

Relax. I know this sounds ridiculous but try not to get worked up about the interview. Initially when you’re trying to get the foot in the door, every interview can feel like the big break you’ve been waiting for. It might be, but then again it might not. Either way, you’ll get the most from the interview if you come across as calm and confident, even if you have to pretend and inside you’re squealing with excitement over the potential opportunity!

Follow up the interview with a polite email, saying how you enjoyed meeting the employer and are looking forward to hearing from them. This shows you’re keen and is just a polite, professional way to round off a meeting. It’s a small gesture but could be just the thing to make you stand out from the crowd. And as always, only send one email and keep it brief.

Don’t dwell on it. Waiting to hear back from an interview can feel like forever, especially when it’s an opportunity you’re really keen on. You can’t hurry the employer’s decision so the best thing to do is to put it at the back of the mind until you hear from them. And if you don’t get the job, forget about it and move on. There will be other jobs, other chats, other opportunities and your interview technique will improve with each one.

I’m always happy to receive feedback or try to answer any questions you might have, so please feel free to get in touch.
Email Post
Labels: Advice Commercials Film Jobs Runners TV Work